The Reason Why Sonic Ice Makers Are So Expensive

It’s harder than nugget ice, so it’s not as crunchy or chewable. The main reason is that it freezes around a cooled cylinder.

What if you’re looking for crunchy ice similar to what’s found at Sonic? For those who love the crunch of ice from the Sonic restaurant chain, it possible to get that same kind of ice in your home. 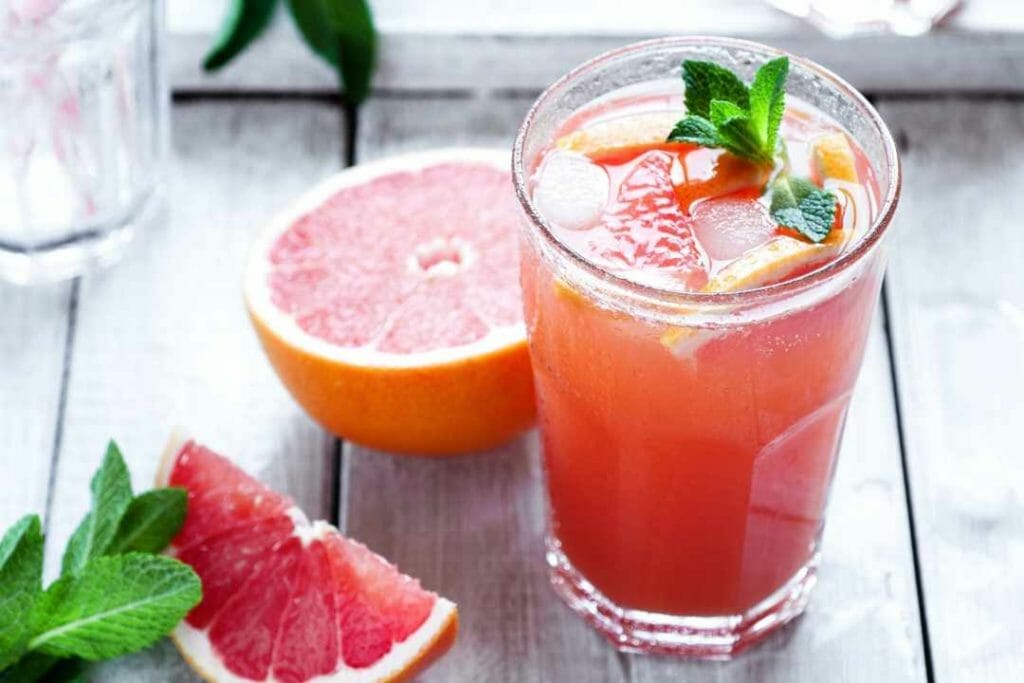 Instead of enormous ice machines, you’ll be using an under-the-counter version. Consumers want to know, though, why are these Sonic ice makers so expensive?

The first reason is the innovation that goes into taking the machines from commercial to residential size. The next is their overall design, which we’ll go into greater depth.

Sonic ice makers have several design features and characteristics, setting them apart from others in the consumer marketplace.

Here are some examples:

How Do These Features Play Into the Expense?

When consumers purchase an icemaker from Scotsman, it’s like they have a Sonic ice maker in their home.

The machine is available with an assortment of options. Once consumers hook it up to a line from their sink, it’s useable.

However, there are also models with a built-in internal drain pump. So, if there isn’t a nearby floor drain, the machine will work fine.

The machine works well under cabinets, as well as tucked away into pantries. Some consumers also create custom door panels for these ice makers to help them blend into their cabinetry.

The fact that the door swing can be changed based on the consumer’s needs is also a benefit many find invaluable. Because this ice machine will produce more than eighty pounds of ice daily, it’s a hard-working unit capable of supporting family use and when several guests are in attendance.

You’re also going to find this ice maker will meet your demands in ways you could never imagine.

Fill bags of ice for camping trips. Load up coolers for trips to the park or a barbeque. Set out trays of ice with shrimp, chilled drinks, or desserts during a party. The options are endless, and this ice maker can keep up!

What About It’s Design? 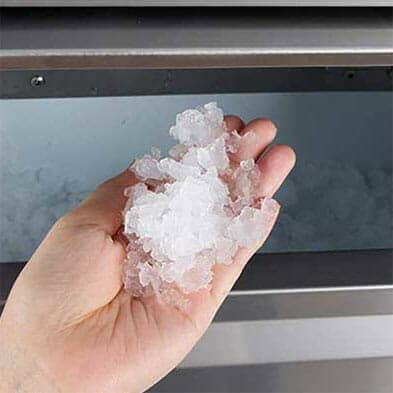 There’s no denying the Scotsman Ice Maker has an appealing design. It has a classy stainless steel finish coupled with the LED-lit control panel. Those features allow the ice maker to fit seamlessly into any kitchen or entertainment room design. Even though the design is boxy, it’s modern and sleek. It measures fifteen inches for under the counter use. This ice maker isn’t portable, so don’t expect to carry this unit around with you. Instead, like your refrigerator and microwave, you’re going to find a place for this appliance to stay.

Consumers have access to ice on-demand. The bin size varies depending on the model they choose, as well as the number of pounds of ice it will hold.

However, continuous ice production occurs. Users find this design feature particularly useful when they’re entertaining. Nothing is more frustrating than reaching for ice and finding an empty bin.

Because ice inevitably melts, the ice machine senses this happening. So, if you’re not actively using the ice it’s creating, don’t worry.

The ice machine senses the ice melting and will automatically produce more. A feature like this ensures users have ice available on-hand no matter when they want to scoop it out. Yes, the scoop is available with the machine—which is another handy feature.

You Can See What’s Happening

If you’re using a lot of ice while entertaining, a clear bin allows you to see how much ice is available.

That way, you can see how much you’ve used, how much is left, and how much the ice maker is producing. This feature allows you to plan accordingly.

The insulated bin keeps the ice cold until it’s time to make more.

When you’re producing nugget ice, it can take on the flavor of any drink it’s chilling.

Paying a premium for this kind of machine provides that benefit, as well as the ability to produce crunchy, authentic Sonic-style ice.

You’ll be creating small chunks of chewable ice reminiscent of your favorite chain.

Each unit has a self-closing door, as well as the ability to store up to twenty-six pounds of ice in some models. See our buying guide about the best sonic ice makers for most applications here: nugget ice makers.

You’re also in complete control of the water used. Think about the water ice makers in commercial locations typically use.

It’s from a tap. These locations typically don’t filter the water before making the ice.

So, when you’re using your Sonic Ice Maker, you’ll be controlling the entire process. You can filter the water and create the best ice.

Not only will it be fresh, but it will also be pure. Think about it, if you don’t want to drink water from the tap, why would you want to use it in your ice?

Those who eat a lot of ice commonly consume up to three bags daily. It isn’t uncommon for a bag of ice to cost up to $2.00 each.

So, if they were consuming three bags, that would amount to $6.00 per day. If you multiply that annually, that would cost them $2,190.00. So, when you factor in the cost of a Sonic Ice Maker, it’s comparable. Instead, it’s a one-time expense rather than spending that amount over and over each year.

Purchasing a Sonic Ice Maker is a no-brainer for anyone who throws a lot of parties and wants to produce a lot of the best-quality ice.

However, for those who are on the fence about the expense, think about how much ice you’re buying or using, and factor in those costs annually.

Then, look at how those costs measure up to the features and benefits of the unit. You’ll be surprised how quickly the pros measure up and how useful the machine is for your household. Especially if you have a family who loves to crunch on ice frequently, use this kind of ice in drinks a lot, or make crunchy frozen desserts.